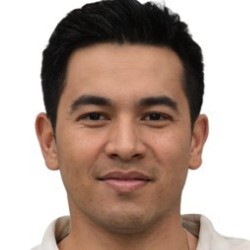 Annavaram is one of the most famous Holy Shrines in India and enjoying second place after Tirupati in Andhra Pradesh. The temple is built in the Dravidian style. The glory and richness of Lord SATYADEVA was widely described in Revakhanda of Skandapuranam. The presiding deity Lord Satyadeva with his consort Sri Anantha Lakshmi on one Side and with Lord Siva on the other side took his abode on Ratnagiri, which is named after Ratnakara, son of Meru the king of holy mountains. Like in all Divyakshetrams as surrounded and followed by holy rivers, Sri Satyanarayana Swamy at Annavaram is also followed by sacred Pampa River touching the feet of the hill. Lord Satyadeva the god of truth is showering his eternal blessings on mankind in his beautiful manifested form of the DIVINE TRINITY namely Hari Hara Hiranya Garbha Thrimurtyatmaka. Hence this is the temple that is attracting the Pilgrims of both Vishanava and Saiva devotees and thousands of pilgrims from all over the Country are worshiping Lord Satyadeva every day forgetting all sectional differences.

Enriched by the installation of SRIMATHRIPATHVIBHUTI VYKHUNTA MAHA NARAYANA YANTRA, which plays a dominant and important role with the power of attraction of both money and men (Dhana Janakarsha). The Peetham of Swamyvaru is highly adorned with the installation of Panchayatana, befitting the glory and sanctity of the deity.

This famous yantra is a unique one, the like of which does not exist any where else in India.

It is believed that the place was known for constant food distribution (free feeding) by the benevolent people of the locality and that therefore the place was called by the name Annavaram(annam means food in Telugu). Another version is that because the presiding deity of the place blesses the devotees with anina varam (pronounced or wanted boon), the place is called Annavaram.

The hillock by the side of the village is considered to be very sacred. Meruvu, the lord of the hills and his consort Menaka did great penance and begot two sons by the grace of Lord Vishnu. One was named Bhadra and the other Ratnakar. Bhadra pleased Lord Vishnu with his devotion and penance and with his grace became Bhadrachalam on which Lord Sri Rama had permanently settled. Ratnakara desired to emulate his brother and succeeded in pleasing Lord Vishnu by his penance to settle on him as Veera Venkata Satyanarayanaswamy, Ratnakara remaining as Ratnagiri (hill). Ratnagiri Hill ranges are said to be connected with two strategic incidents. Tradition says that Sri Krishadevaraya of Vijayanagar used the secret underground passages in the hills to attack the enemy from both sides during his invasion on kalinga kings. The Andhra revolutionary late Alluri Seetharama Raju had some of the secret quarters for himself and his followers in these hill ranges, when he rebelled against the British Rule.

The temple of Sri Veera Venkata Satyanarayanaswamy is the main temple on the Ratnagiri hill. There are also a temple of Sri Rama and the shrines of Vana Durga and Kanaka Durga nearby. The temple of gramadevatha”Nerellamma” (village deity) is in the village at the foot of the hill.

It is said that one Brahmin of the village by name Earanki prakasam got a dream wherein lord appeared and told him that his vigraha was left abondened on the hill without worship and they shall trace it and reconsecrate it. That Brahmin informed the said fact to Sri Raja I.V.Ramarayanam,the then Zamindar of Gorasa of kirlampudi estate, and both of them along with other villagers traced the idol on the hill, worshipped it and installed it. at the present spot on Sravana Suddha Vidiya of the Telugu year Khara (i.e.) 1891 A.D (Fasli 1301).

“The main temple was constructed on the hill with the pleasing and distant view of Bay Of Bengal (11 miles) on one side and the row of Eastern Ghats on the other side the green fields alround the hills and the pampa River encircling Ratnagiri.The hillock itself is about 300 feet above the sea level.About 300 well – laid stone steps lead to the top of it.

“”The main temple is constructed in the form of a chariot with the four wheels at each of the four corners. In front of the main temple is the kalyana mantapa, constructed and decorated with modern pieces of architecture. As we go down the way,we come across Ramalaya and then the shrines of Vana Durga is held in great veneration and Devi is said to be seen even to this day in the nights, going about the holy precincts perpetually guarding the Lord’s premises.

The Akriti of any temple is, according to the Agni Purana, merely a manifestation of the Prakriti. This idea is further developed in the ancient texts, and the entire Slipa Sastra is based on the principle that the wall and the vimana of the temple should be so constructed as to remind a devotee, of the universe, and the Lord inside representing the Supreme Spirit which is the core and being of the entire Universe. According to these tests, the chariot is intended as a symbol of the seven lokas underneath, and the seven lokas above, with the garbhalaya of the Lord, at the heart center ruling over the entire universe. The temple at Annavaram has been constructed to depict this idea concretely. The front side of the temple depicts the chariot. The Meru on the floor with the pillar at the center, and the idols at the top are intended to bring forth the idea that the Lord not only remains at the heart’s center but also permeates the entire universe. The wheels depicting the Sun and the Moon serve to remind us that this Jaggernaut moves on the wheels of time, and goes on forever and ever. Thus the Annavaram temple satisfies both the ritualistic values and the spiritual aspirations of its devotees.””

The idol is about 13 feet high in a cylindrical form, the base being in the lower sanctum representing Lord Brahma and the top is in the upper sanctum representing Lord Vishnu. The middle portion represents Lord Siva. There are some temples representing the unity of Lords Hari and Hara in some places and this is the place where even Brahma who is generally denied temple worship, is clubbed with the other two, and the creator (Brahma), the protector (Vishnu) and destroyer (Siva) are worshipped simultaneously. The image of the lord forming a single idol representing the Trimurthis-Brahma, Vishnu and Siva is of unique attraction.

The temple is in two floors; the ground floor contains the yantra and the peetham of the Lord. On the four sides of the yantra there are four deities namely Ganapati, Suryanarayanaswamy, Bala Tripurasundari and Maheswaraswamy which constitutes panchayathanam. In the 1st floor the Moola virat of Lord Satyanarayana swamy is in the centre, the image of Goddess Anantha Lakshmi Ammavaru is in the right and Lord Shiva is on the left. The idols are of exquisite grace and beauty and are encaged in gold kavachams.”. The adjoining shrine of Sri Rama seems to be the holy spot where the original self-mainfested idol of Sri Satyanarayanaswamy was discovered by the devotees. Lord Sri Rama is considered to be the Kshetra Palaka of this holy abode of the Lord Satyadeva.